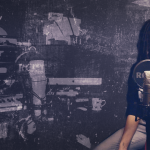 We’re coming up on three months since the Carl Lentz scandal broke and pretty effectively broke the protective enchantment spell surrounding Hillsong. It seems like at least every other week there’s a new story, a little more breaking news to remind us all that Hillsong is a whole mess.

The latest addition to the that’s-a-shame chapter of the Hillsong history book is this New York Post story about some of the financial funny business that leaders and pastors have engaged in over the years. And having been handed a PEX card more than a few times in my own personal Hillsong history and knowing the people who are telling these stories with their whole chest are telling the whole truth all I can say is… that’s a shame. And it all fits right in with the stage of grief (rage?) I’m currently going through re: Carl Lentz. Since this snowball started rolling, I have felt disappointed by him, I have felt protective of him, I have felt disillusionment and confusion about who he actually is (did he completely lack personal character, or was his whole persona a complete character?) and currently, I am big mad at him. And not (at the moment) for what he did, but for the ease with which he just skated away from it all, seemingly without a backward glance.

He self-destructed, launching a whole church and a whole lot of people into religious chaos on top of all the other 2020 chaos; and aside from his “my bad” statement on the ‘gram, we haven’t heard from him. Thanks to paparazzi updates, we know that he is “rehabilitating” on an outpatient basis from a beachfront property on the Southern Cali coast and… must be nice. I’ve been thinking about all the people (myself included) who spent years giving to God by giving to Hillsong church. Faithfully. Sacrificially. Tithing. Giving offerings. Volunteering. Giving. Giving. Giving. And getting nowhere near the financial bracket that has afforded Carl Lentz the luxury of easily leaving us all behind. Not that it’s a new bracket.

I think back to the early days and my eagerness to be part of the Hillsong NYC launch team, to be part of bringing Hillsong to life in here in the States and I am so embarrassed. I was completely sold on and completely sold out to Team Colonizer. Looking back now, it’s so clear how little Hillsong cares about the lives and realities of the people it decides to settle itself on. Like Whole Foods or Starbucks, Hillsong is a harbinger of gentrification. If it’s coming to your neighborhood, it’s not because the Houstons want to give you anything, it’s because the research has indicated that you (/your neighborhood/the people around you) are ripe for the taking. And so they’ll move in on you, but not next to you. In the earliest days of Hillsong NYC, Carl & Laura and a good 80% of the staff and key leaders lived in a trendy complex in Williamsburg or within blocks of it. And then after a few years, they all upwardly-mobiled themselves to home ownership in New Jersey; with Carl being driven into the city on Sundays to “pastor” people he knew nothing about, had nothing in common with and had very quickly financially outpaced. And while I’m not here to argue about whether or not pastors should have money or be wealthy, I definitely believe a rising tide should lift all boats. But the way that Hillsong tide is set up… well, ten years later, I still can’t afford to rent in the building Carl started out in.

And that’s my fault.

I put A LOT of my money, a lot of my time and a lot of my energy into a bag will holes in it. A bag called Hillsong. And here’s the thing: I don’t regret any of the amounts, I regret all of the allocation. And it’s not just a Hillsong issue.

This past December, Erwin McManus launched a clothing line called Nothing Wasted. And much like Carl’s 2010 rent, Erwin’s 2020 fashions are out of my price range. And that’s fine, not everything is for me. But when I ventured to the “about” page of his collection, I was greeted (and slapped in the face) with this sentence: It’s been 10 years in the making and a dream finally becoming reality. Ten years in the making. He started dreaming about Nothing Wasted around the same time a whole bunch of us started wasting ourselves over Hillsong NYC and people in his church were wasting themselves over Mosaic (his church/day job). When I read that sentence, I couldn’t help but wonder how many people sublimating their own dreams freed him up to pursue his. How many of us have allocated money, time, talent and energy, dedicated years to building the vision of some man instead of our own? Because that’s selfish, right? We’re supposed to be thinking of others, giving for others, sacrificing for others. But who said it had to be in church? And why did we believe them?

We are all limited. Finite beings with finite abilities, time and resource. And ultimately, the amounts don’t matter as much as the allocation. And megachurches know this. And they will push and program you to believe that giving your best for God means giving your all to them. But it’s a sham. A lie. A trick. If the Jesus story is your jam, you know for God so loved the world, that He gave. To the world. God gave Jesus to the world. Not to the church. And we are not only free, but I think duty-bound to give of ourselves in the same way. If the earth is the Lord’s and the fullness thereof, what difference should it make to God whether you’re giving towards someone/something within a church or outside of it? And yes, I have personally assumed (maybe) final form of a God-is-in-everything-and-anything-is-worship hippie, but you don’t have to listen to me, if you need to hear it from a pastor, listen to Erwin McManus: Nothing wasted. While countless people were giving their all within the walls of his church, Erwin was dreaming an outside dream. And I’d suggest that you do the same. Leave the grind of church to other people – you do you.

And for those of you who, like me, are grieving (and/or are big mad about) amounts you allocated to an organization that abused your trust, please know that your feelings are valid. You have every right to feel angry, to feel sad, betrayed, annoyed… petty. (Seeing R & J get aired out from coast to coast… whoooooboy! God’s not done with me yet because… **chef’s kiss**) But I hope you don’t waste too much time on regret. Ultimately, I do believe that sowing and reaping, the circle of life, karma, whatever you want to call it, is real. And in spite of all that Hillsong didn’t properly steward, I did stumble upon so many priceless experiences and relationships that I wouldn’t trade for anything today. And in that regard, many of us are living lives far richer than Carl Lentz’s. Sure, there’s a certain level of privilege to being able to seperate yourself from the people you built yourself on top of, but it’s a blessing to never have to.

Sometimes I think I miss Carl, but most of the time, I hope I never see him again. Not as he was. If I thought he was really rehabilitating, really taking the time and space afforded to him by all the time and space so many people have given over the years, I think I would feel less aggrieved. But word on the street is that he’s shopping for a Netflix deal. Not repenting, just repurposing. Still feeling entitled to our attention. Still wanting to set his world on top of ours, at our expense. But I guess it’ll be a little more honest this time? Maybe he can just be a personality without having to pretend to be a pastor. And that’s something, it’s progress-ish… I guess. And at the end of the day, his messy exit did break the door to the Hillsong chamber of secrets, so maybe… maybe his “keep it moving” energy, will be an example to others of how to leave Hillsong behind and never look back. And in that case; good. Nothing wasted.